Is #Bigfoot Living in My Treehouse? #FreakyFriday #legends #BlogChat

About a year ago Bigfoot visited my neighborhood. Or at least that's what people are saying. We even made national news and a frenzy began. A 'Bigfoot Outpost" started up in the town twenty minutes from mine complete with t-shirts, bumper stickers, and 'squatch'n tours.

Friends of mine started sharing their own bigfoot sightings with me--tall tales of seeing huge footprints less than a mile from MY house, seeing whole families of bigfoots while camping in remote areas, etc.

Now, as you know if you've read my blog, I'm an open minded person. I believe in ghosts, psychics, angels--even the possibility of merfolk. But I need more convincing about Bigfoot.

This led me to the incredibly frightening documentary called, "The Russian Yeti." Seriously, I couldn't have been more freaked out after watching that show. It was on Discovery Channel and, after their horrible monster hoaxes of the past, I kept scoffing and telling my son that I doubted it was real. Still I watched, transfixed, my doubt conflicting with the information on the screen until I actually screamed out loud at one point. Yes, I'm that girl who screams out loud when watching a movie...whatever. Anyway, if any of that is true, then I hope those yeti remain in Russia and we have much friendlier cousins of theirs here in Colorado. (Yes, if you want to be scared, find that documentary and watch it. Whether it is true or not, who knows? I take everything I see or read with a grain of salt--but it definitely left an impression. I embedded the link above.)

I grew up in South Dakota where people were seeing Bigfoot everywhere. I remember watching the news and hearing of more sightings as I grew up. Back then, I believed. I did, but as I grew older and life tainted me a bit, I grew skeptical. I now have more questions than answers about this myth.

Where are the corpses? If they are so close to human populations, why can't we capture one or at least get footage that isn't grainy? I mean, seriously, in this day and age where everyone is attached to their phones, why aren't there more videos?

And, if he is in my backyard, should I get thicker blinds and more locks on my doors? I hope he's not a perv. Living in the forest like I do, I tend to sunbathe topless and change clothes without giving much thought to closing the curtains. What if he's a peeping tom? Maybe that's what my dogs are so upset about every night at 3AM.

I'm not taking it lightly---or maybe I am, I don't know. I've also watched Destination Truth where they found evidence of a being they called the Yeti high in the Himalayan Mountains--which is still pretty damn far from Colorado.

At the Bigfoot Outpost, there is a map of my state where people have visited and placed pins where they've personally seen Bigfoot. There are well over 100 pins in that map. The outpost is doing well--they sell out of t-shirts and bumper stickers all of the time. (I must confess I bought a bumper sticker and put on my treadmill for fun.)

People sit around the outpost and drink the free coffee talking about their experiences. They all look relatively sane to my untrained eye. How can that many people share the same experience from different parts of the country?

I'm not saying it isn't true, only that I am not convinced. And if Bigfoot is anything like that Russian Yeti (either real or fiction), I never want to BE convinced either. Seriously, that show still freaks me out thinking about it.

What do you think? Is Bigfoot an elaborate hoax that keeps being passed down from generation to generation like any good legend? Or is it a real being who has simply managed to stay undetected from our human curiosity?


Something to think about on Freaky Friday...
XXOO
Dakota Skye 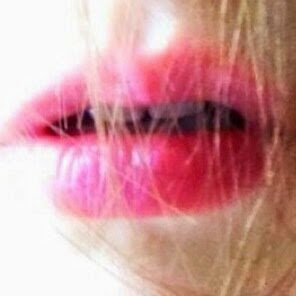 Posted by Amber Lea Easton at 1:35 AM