We're heating things up with the hot, sizzling, downright SCORCHING author Lexi Post! She's swinging by to share an interview with us and to give us a peek at her new release, Unexpected Eden. Welcome, Lexi! 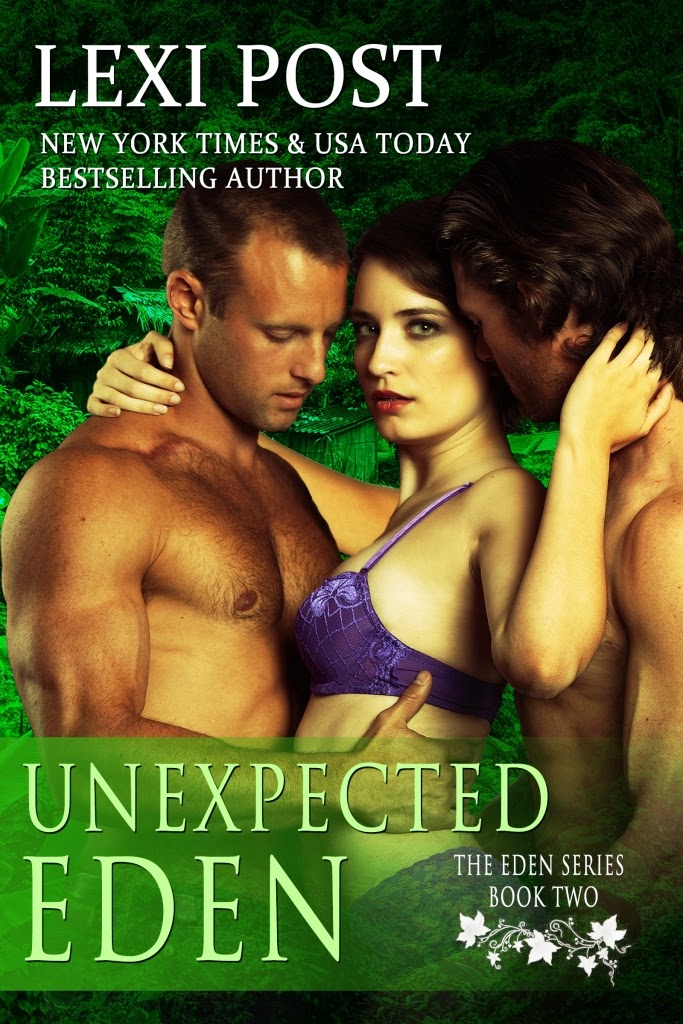 Please tell us a little about yourself—things that aren't necessarily in your official author bio:

I can’t cook, but my husband calls me the Microwave Queen because I can heat up any leftovers from the awesome meals he makes. I just moved back to the mainland after living in the Virgin Islands. I am a huge animal lover but cats top the list. Oh yes, I’m an ice cream-aholic, but I have an excuse, it’s genetic.

We must share the same gene pool. Ha. How would you describe your books to a reader who hasn't read your work yet?

Why write in this particular genre? Do you have any other genres that interest you or is this one your main passion?

Brilliant forms of inspiration. As far as the creative process goes, do you have a story idea or a character concept first?

I start with the classic story, poem or novel that has inspired me. For example, with “The Outcasts of Poker Flat” the author created a story around a poker player, a madame, a whore, an old drunk and two innocents. The jaded characters are thrown out of Poker Flat and on their way to the next town when they run into a young couple of which the young man idolizes the poker player because he once lost all his money to the poker player and the poker player gave it back and told him to never play poker again. The story focuses on how those who have seen the seedier side of life adjust their behavior so as not to taint the innocents. In Cowboys Never Fold, I took that same concept and a similar cast of characters and switched it up. The former professional poker player is the heroine and she has taken her winnings and is opening a new nudist resort called Poker Flat. I decided the hero was one of the innocents as he is a cowboy and only comes to work for her because he owes a friend a big favor. So the characters really drive this story as they do in all my books.

Please tell us about a current work-in-progress (or latest release):

Unexpected Eden is coming out in a matter of weeks and is already up for pre-order. I’m very excited about this book. It is the second in the Eden series. Eden is a planet mostly covered in lush green jungle with various walled in cities and is filled with naked men. Wearing clothes is an insult. Only males are born on Eden, so the men are forced to find a woman on Earth. One of the rules for this planet is that every woman must have at least two husbands (Yes, very lucky Earth women). In the first book in the series, Cruise into Eden, we meet Nase and Ware, former leaders of the city of Naralina who have been exiled, and they have boarded a nude cruise on Earth to convince Erin to come home with them. In the second book, Unexpected Eden, Jahl, Khaos and Sandale use the portal to Earth to save Serena and her friend from attackers, so when they get back to Loraleaf, their home in the jungle, they have to convince her to stay. But while their families have scarred them for life, Serena is very close to hers and insists on returning home.
What I love about these Edenists is they treat women like gold because they are so rare.

Sounds like I need to be ordering this one ASAP! I love the premise. As an author, what do you want readers to take away from your stories after they read the words 'the end'?

A book hangover. Yup, one of my readers told me she had book hangover after she read my book and I think it’s one of the best compliments I’ve ever had. According to her, a book hangover is when the story you read was so powerful and you loved the characters so much that you just can’t bring yourself to start another book quite yet.

Besides that, I want my readers to take away the confirmation that love can happen and it is very powerful. I know because I’ve found it.

Book hangover--what a great term. What do you do for fun that doesn't involve writing or reading?

Dancing. I love to dance. I was trained as a classical ballet dancer right through my master’s degree, but I never danced professionally. Today, give me a country line dance or some old time rock and roll and I’m in heaven. What makes it better is when my husband joins in because he’s good and looks so hot in a cowboy hat and jeans ;-) I go dancing at least once a week. I also make my own ice cream because dancing is hard work and I deserve a treat when I’m done ;-)

Ha! I think I'm developing a bit of an author crush on you. What is the most adventurous thing you have done either personally or professionally?

I don’t really think of myself as adventurous, but my friends think so because of my unique living choices. After being too cold while living through a New Hampshire winter when the temperatures didn’t go high enough to reach the freezing mark for the entire month of January, my husband and I decided we wanted to live on houseboat in Arizona. So we sold everything, designed a houseboat, had it built in Canada and shipped it to a lake in Arizona where we lived on it for six years.

But the Arizona winters were still too cold, getting down to the forties, so we decided to move to the Caribbean. After researching the various islands, we decided on St. Croix and moved there with our cat. After five years there, we decided I could quit my job as a professor and write fulltime if we moved somewhere less expensive.

So… we just moved to Florida five months ago where we have bought land and are going to build a very unique home. You know the type, the one that everyone in town finds an excuse to drive by when they have guests in town? That’s why my friends call me adventurous. But to me, it’s just following my dreams and a whole lot of planning.

Thank you so much for a great interview. It’s been fun chatting with you!

Thank YOU for your fun answers! Loved having you and you are more than welcome anytime. Let's take a peek at the book.

Serena Upton wonders if she’s been transported into one of the science fiction movies she works on with her pyrotechnics skill. It certainly seems so when she’s rescued by three hot, naked men from another planet. She’s whisked away to Loraleaf, their home in the jungle of Eden, with the expectation that she will become their beloved. As they cater to her in every way, she begins to understand what it means to be their chosen one.

Though Serena cares for Jahl and Khaos, she’s convinced she’s not the answer to their damaged souls. It’s better that she return to her family on Earth before she cares too much. That is, if she doesn’t already.

Jahl stood there, his face and body hard but his heart a scarred mess. She wanted to comfort him, tell him he was worth so much more, but his pain was so old. What made her think she could make a difference. “I don’t know what to say.”

“There’s nothing to say. It’s history. You are the future.”

“Me, why me?” She backed up another step, Jahl’s gaze too focused on her.

He moved covering the space between them in two strides. His hands grasped her shoulders, but not roughly. “Because you are our chosen one. We want you for our beloved.”

It was too much, too fast. “But why me? Why am I your chosen one. Why not another woman, why not Toni for example?”

He titled his head in confusion. “You are not Toni. You are Serena, caring, curious, helpful, interested in other planetary life. We have watched you and waited until we could make Loraleaf safe for you and others who would follow you.”

“Others?” She started to feel like she was in a sci-fi horror movie. Would cloning be next? Is that why all these men had such amazing physiques and got along so well? Suddenly, she wished Sandale was here to help her calm down.

Jahl’s face softened as if he sensed her rising panic. “Yes, other women. Many filoz have been waiting to woo their woman to Eden. Some have already begun. They waited for us to bring you, so that you could help others understand, transition to our life here at Loraleaf.”

Her heart went out to him. But understanding what he wanted for his people and being sympathetic toward his cause did not convince her to give up her own life. She stared into his dark blue eyes. They begged her to stay though the word “please” had yet to cross his lips. She didn’t want to hear that word from him…ever.

She lifted her hand to his face. Unlike Khaos, he didn’t hesitate, he grasped it in his own and kissed her palm.

“I think I need to learn more about Eden and Loraleaf.”

“You have had six years to learn about me, but I just met you a couple nights ago. I need get to know you as well.”

His gaze left hers and in the silence, she thought he would refuse to share himself. But he finally focused on her again. “If that is important to you, I will tell you what you wish to know.”

Her heartbeat sped at his concession.

“But make sure it is necessary because some parts of my life are not pretty.”

She swallowed. “I understand.”

Heat flared in her belly and she welcomed his taste. His hand tilted her head to better his access to her mouth, and she held onto his shoulders as her world tipped.

He pulled away, looking bemused by his own actions. Without a word, he turned on his heel and strode out of the room.

She sank to the floor, her knees too weak to support her, her mind too jumbled to think and her heart torn in a million directions. What the hell was she doing? 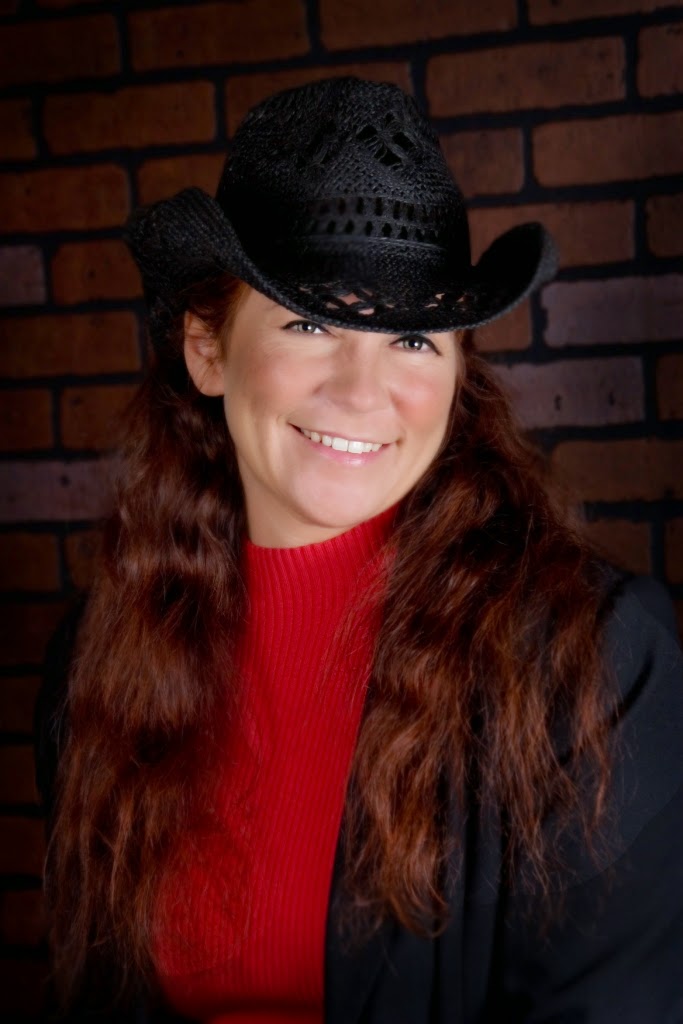 Posted by Amber Lea Easton at 9:58 AM No comments: