Getting wild with the ultimate demigod--Nico Triton, King of the Sea--and his mad love affair with a surfer who could be his undoing 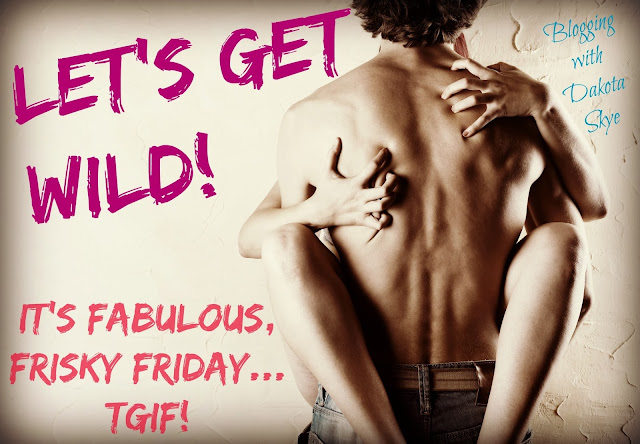 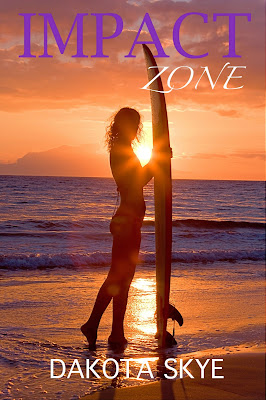 She lifted her face to the wind and inhaled the rich sea air. The last time she'd been here, she'd been in high school with her then boyfriend Ted Reece. It had been well-after midnight and they'd had a bottle of cheap rum they passed between them before making out on the rocky ground. Walking toward the edge of the cliffs, she looked down at the waves pounding against sheer rock. The earth rumbled beneath her feet.

Nico sat with his legs outstretched and face lifted toward the setting sun. "That day I took off with mom's car I ended up in a place similar to this. I sat there looking at the ocean until my father found me."

"What was that like?" She sat next to him and leaned back on her palms. "Was he angry?"

"You don't know my father. He becomes, shall we say, temperamental." He opened his eyes and looked at her. "I tested his authority a lot, which meant I got into trouble nearly every day."

"Why do I have a feeling you're a lot like him?"

"That is a conversation for another day." He laughed quietly while his gaze roamed over her face. "I like remote places like this where no one is constantly needing my attention."

"I need your attention," she said without thinking, gaze locked on his lips.

"You're the exception. You can have my attention whenever you want it." He shifted into a kneeling position, grabbed her shoulders, and moved her around until her back faced him. Before she could ask a question, he started massaging the tense muscles of her back. Thumbs pressed firmly into the base of her neck. "Right now, I sense you need to relax."

"I'm not usually the damsel in distress." She sighed while his hands worked magic on her tense muscles. "Or the woman who picks up men in bars."

"I thought that was your idea of fun."  He moved his hands from behind her neck to her shoulders.

She closed her eyes and relaxed against him. "I say strange things around you."

"You don't like being off your game, do you?" His hands worked their way from her biceps to her forearms before going back to her shoulders.

"What do you mean?" she asked.

"Being an athlete, you are disciplined about routine. Dedication is your middle name." He pressed his knuckles against her spine. "You left the circuit to start a business from nothing, that takes focus." His fingers splayed across her ribcage in more of a caress than a massage. "You like being in control. Around me, you are off balance. Am I right?"

"Oh, you're an obvious risk taker, but I don't think you're reckless. There's a difference." His fingers grazed the bottom of her breasts as his hands slid around her sides. "But you like calculated risks where you know what you're dealing with going in."

"Your theory is that I'm not sure I can handle you so that's why you make me nervous?"

"Are you nervous or excited?"

She smiled as both his arrogance and astuteness. From the corner of her eye, she noticed that he'd brought a blanket she kept in the backseat. "I forgot I had that back there."

"You have what looks like a closet in your car. Are you secretly homeless?" He brushed her hair back from her neck before his lips caressed her ear.

She inhaled sharply at the contact. Goosebumps skittered across her skin with the touch of his kiss.

"I haven't made the best first impression on you, I'm sure." She tilted her head until her chin touched her chest, unable to deny the magic his fingers and mouth delivered to her body.

He nipped and sucked and fucked her with his fingers while she gripped the blanket at her sides and surrendered to him manipulating her body with his mouth.

She arched her back as an orgasm quaked through her body like tremor from deep within her soul. Still he sucked at her, his fingers and tongue ravaging her. Owning her.

"Nico, my God, I can't take—" Another wave of orgasm ripped through her. She twisted, but he held her legs open while he continued his feast.

When she finally lay spent and exhausted, he climbed over her and looked her in the eye. "A little bit of this and that?"

She grinned, grabbed the back of his head, and pulled his face against hers. "Kiss me."

"What the lady wants, the lady gets." He kissed her until she moaned with primal need.

"Are you relaxed now?" he whispered against her ear.

"Then let's find a restaurant off the beaten path and I'll buy you dinner." Abruptly, he stood and pulled her with him. "I'll take you on a real date tomorrow night."

"A real date? So this was just a preview?" She walked with him on trembling legs.

"I am capable of more than you realize, Josie, including romance and charm. Trust me." He retrieved her torn panties from where they fluttered against a boulder and tucked them in the back pocket of his jeans. When she laughed, he snagged her hand in his.

Nico grabbed her chin and kissed away her guilt. "Your surrender is more than generous."

As they drove away from the remote cliff, she sighed and closed her eyes. She'd been in charge of too much for too long and surrendering felt better than she'd imagined. When he dropped his hand on her thigh, she grinned.

She could get used to being manhandled by Nico Triton. 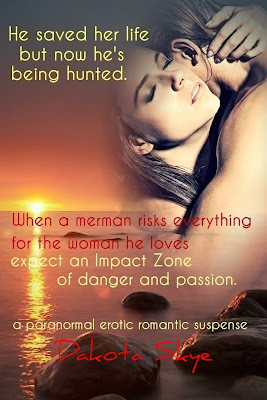 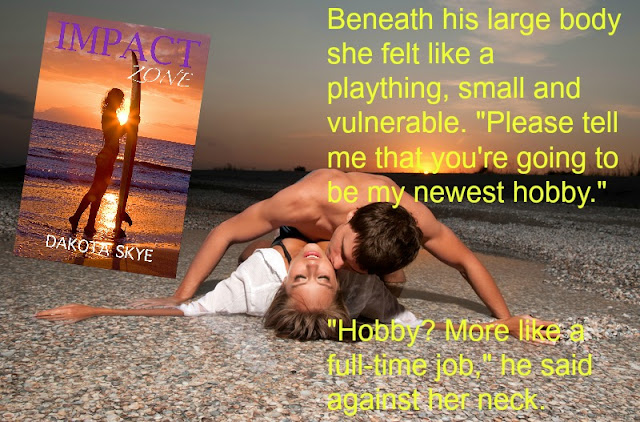